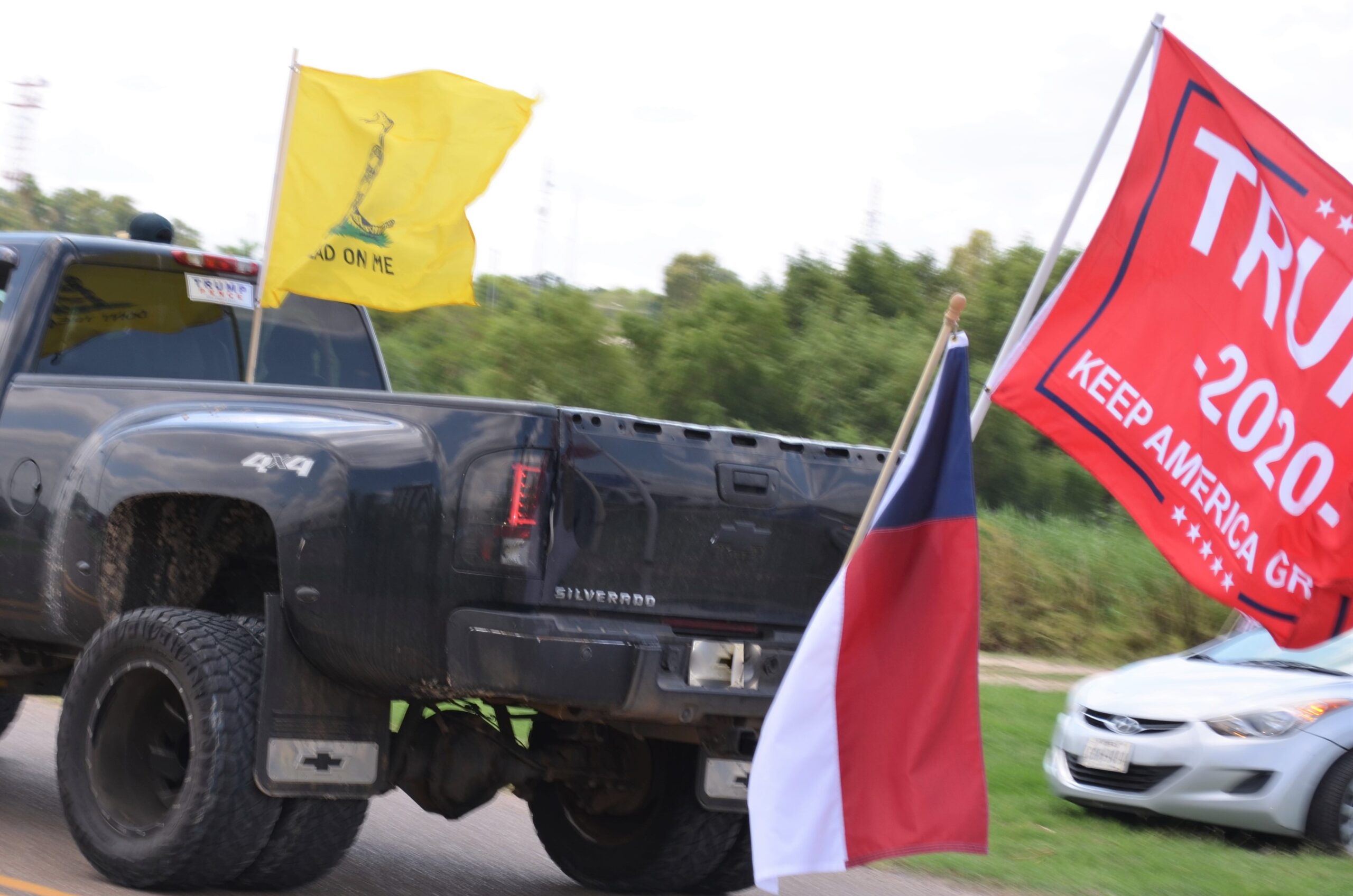 Laredo, TX— Over 7,000 Hispanic Trump supporters gathered alongside the US-Mexico border, challenging this notion: the Democratic Party is the right choice for Hispanic voters.

A group of Citizens of Laredo, Texas organized a parade to show their support for President Trump in the coming election. Tyler Kraus, vice chairman of the Webb County Republican Party, said 7,000 people were in attendance with 4,000 cars participating in the Laredo Trump Train on September 12. Trump supporters drove through the streets of Laredo waving bright red MAGA flags.

According to the US Census Bureau, 95.4% of citizens in Laredo identify as Hispanic; many of whom are immigrants or children of immigrants. In the CNN exit polls for the 2016 election, 74.4% of Webb County citizens voted for Clinton, while only 22.9% voted for Trump. In contrast, the NYT exit polls analysis revealed only 16% of Hispanics voted for Trump in Texas.

According to the Texas Hispanic Policy Foundation, 47.4% of Hispanic voters plan to vote for Biden, while 37.9% of those polled said they would vote for Trump.

Kraus said that Hispanics, as a majority Catholic and Christian community, believe in “the sanctity of life,” personal accountability, and traditional marriage “between a natural man and natural woman” – values aligned with the Republican Party.

“The Democratic Party is no longer the party of the Hispanic voter. It had been that way for so long, but it’s no longer true,” said Kraus.

“Many Hispanic immigrants that have come here legally, waited in line, and paid their dues, for others to come in illegally it’s not fair,” he said his face covered by a red, white, and blue luchador mask.

Hinojosa said his support for Trump is consistent with his pro-life sentiments, and support for law enforcement.

Joe Espinoza, a retired school attendance officer and veteran, is a registered Independent, but said he would support the candidate whose policies would “stand for the working man.”

“These past few months, people have been coming together from different backgrounds, and they are choosing to support Mr. Trump,” Espinoza said. “I’ve had friends who are Democrats who are now walking away [from the Democratic Party].”

Among the 35 Hispanic voters interviewed for this article, 14 said they would support Biden as a “last resort.”

Espinoza, a lifelong citizen of Laredo, with roots reaching back to his grandparents, said he believes President Trump would help combat crime along the Southern Border.

“These cartels don’t care about life,” he said. “When the wall gets approved it’s not going to stop it, but it is going to deter it. Not like right now that you can cross from many areas without being detected.”

Espinoza hopes that Trump’s reelection will bring jobs to Laredo. More importantly, he hopes it will bring new jobs and opportunities for his former students. Espinoza said he believed Trump had helped the economy and attributed the Southern Border’s economic woes to uncooperative Democrats.

“Our good kids that graduate and go to college move to cities where the pay is a lot better,” he said. “Laredo needs to wake up and bring jobs for these kids, so they can stay and be successful in their town.”