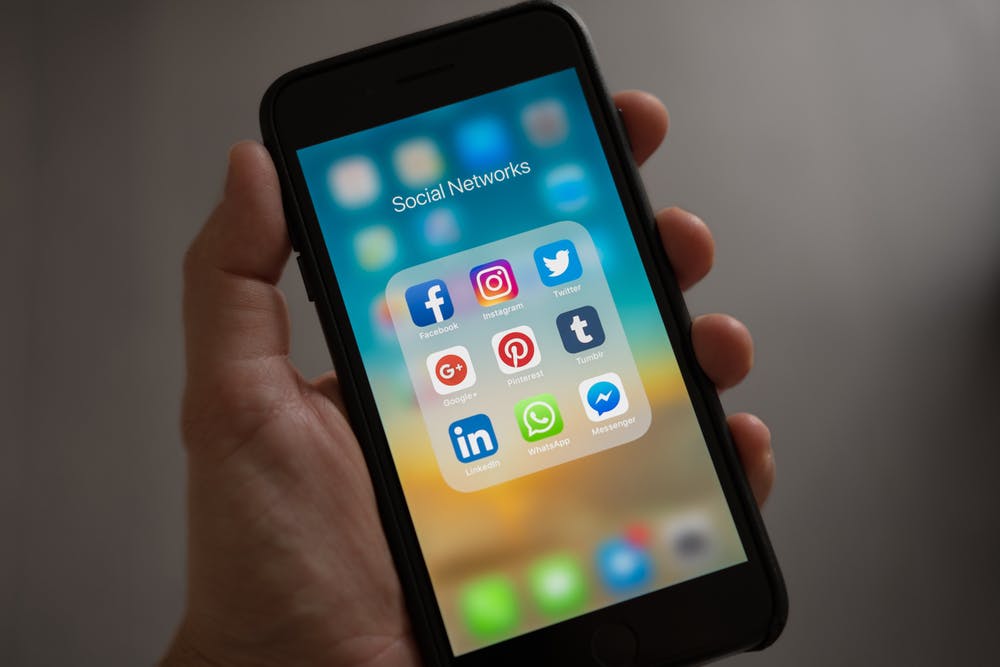 The 2020 Presidential election saw record voter turnout, with well over 150 million registered voters casting their ballots, according to the US Elections Project. Social media seems to have played a role in some of this turnout, with an increased push online to encourage others to vote and participate, both from individual users and companies.

Currently, 72 percent of US citizens of voting age actively use some form of social media, according to data from SocialBreakers, with the demographic of those users skewing heavily towards younger voters.

Akash Rathi, a first-time voter in California, says that he noticed the push from friends and businesses to vote in this election.

“There was so much more of a push this time around to vote,” Rathi says. “It just seemed like absolutely everybody was posting about it. With so many of my friends from college and high school, and even all the major brands that I follow, everyone was posting ‘Go out and vote.’”

The prevalence of social media has increased dramatically in recent years, with the amount of users on various platforms steadily rising, according to data from Statista.

Social media platforms have also rolled out features to maximize the amount of content being shared, which Michael Lally, an engineer in Chicago who voted both in the 2016 and 2020 Presidential elections, points out.

“People use social media a lot more than they did in 2016,” says Lally. “Just as an example, Instagram’s integration of stories has allowed for people to just post so much more often. Four years ago someone might have just posted something once a month, but now you may do it every day, so I think that gives people more content to see which has easily amplified that voting message.”

However, with this renewed energy, the question becomes whether or not this effort, particularly among younger individuals, was an honest desire to participate in democracy, or whether kids were simply following another social media trend.

Duncan Lamont, a digital and social media strategist for Alipes in Boston, thinks that the answer is clear.

“It was a trend,” says Lamont. “I know a lot of people who had the chance to vote prior, but only did it this time because it’s the cool thing to not like Trump and it’s the cool thing to be a hero and vote. People like being on the good side and they felt pressured to vote and be on that side. I don’t think it was necessarily widespread educated voting, but definitely more people are voting.”

Rathi also agreed with this sentiment, unsure to what extent young people on social media were truly educated, but ultimately feeling that the outcome was positive regardless.

“I don’t know if it was just because it was a trend, you know, like one of those liberal trends that we typically see where everyone posts the same thing,” Rathi says. “I think people really do care, and whether or not everyone is educated on voter suppression and other things like that is something that we don’t know, but it’s good that people are at least encouraging other people to vote.”

Rathi also adds that social media has an effect on especially younger people, and likened the pressure online to vote to the idea of cancel culture.

“What we’ve sort of realized in this last year is that social media is a very powerful tool in governing our opinions,” says Rathi. “You can see this in cancel culture, where people on social media feel pressured to follow a certain ideology because they’re afraid of getting cancelled. Voting became one of those things – it’s not a question as to whether you vote or not. It’s like, ‘No, I have to go and vote.’ Otherwise, if I tell other people I didn’t vote, they’re gonna think that there is something wrong with me.”

Ultimately, whether or not voting on social media could be considered a trend this year, Lally feels that the circumstances of the Presidential election couldn’t be ignored, and that the push on social media had a net positive impact on turning out results at the polls.

“It definitely has elements of a trend,” Lally says. “But I also think that people are genuinely very engaged right now. I think that there’s a lot on the line and a lot of people feel that, and I think that this younger generation feels more civically engaged than I ever saw back in 2016. Social media has really motivated people to vote, and I would say that there was more of a community awareness around voting than I’ve ever seen.”