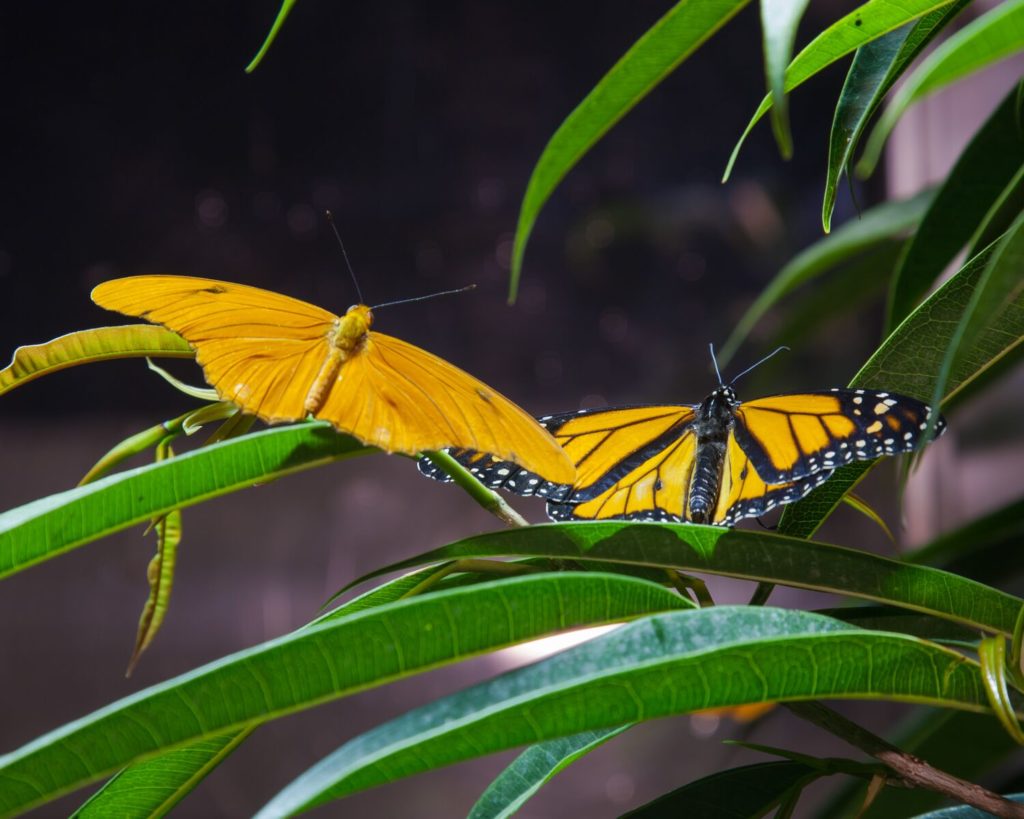 The Butterfly Conservatory at the American Museum of Natural History in New York is now open for its 20th season. This year, organizers’ plans for the conservatory were disrupted by hurricanes.

The Butterfly Conservatory features species from Costa Rica, Thailand, Malaysia, Ecuador, Kenya, Australia and Florida that fly freely around visitors in the museum’s 1,200-square-foot vivarium, according to a news release. The vivarium is kept at around 80 degrees and is filled with tropical plants to recreate a tropical environment within the museum.

In past years the tropical plants came from Florida. This year, though, the plants were sourced from the New York City area after hurricanes destroyed many of the plants originally planned for the vivarium, said Daniel Jacobs, a volunteer who has been working at the conservatory for the past 18 years. “We had to scramble to put it together,” he said.

Jennifer Birdie, a higher education worker who recently moved to New York City from Coconut Creek, Fla. – known as the “Butterfly Capital of the World” – said she came to the museum specifically to see the butterflies. “I think part of it is nostalgia from back home,” she said.

Birdie said after living in New York City for three weeks, it was refreshing to see the nature and wildlife in the vivarium. “We take it for granted where I just came from. You walk down the street and there’s butterflies everywhere.”

“I think this is a good educational opportunity for kids, but also for adults,” she said.

Nick Krachler, a Cornell University doctorate student from Austria, visiting New York City for the weekend, said he appreciated conservatory volunteers’ willingness to teach visitors about the butterflies. Referring to one of the volunteers he said, “She had a piece of orange, and there was a butterfly sitting on it, and she showed us the butterfly closer and told us a bit about it.” He said he enjoyed being able to walk freely among the butterflies, and added that butterflies had landed on his shirt.

The Butterfly Conservatory, open now through May 28, has been visited by millions of children and adults in its time at the museum, according to the news release.

Explaining why he thought the conservatory was such an attraction, Jacobs said, “In the middle of winter, this is an oasis. Where in the city are you going to find a tropical environment at 82 degrees?”