You encounter it everywhere: sitting in a crowded lecture hall, walking down Waverly Place, and even in the quiet study rooms of Bobst.  A quick puff of smoke followed by the sickeningly sweet smell of mango. The Juul, designed as a nicotine-packed electronic alternative to cigarettes and sleekly packaged to resemble a flash drive, has taken over many college campuses – including NYU’s.

The use of Juuls on campus is prevalent.

“I didn’t used to smoke before coming to NYU,” senior Shraddha Nair stated. Now, she says she smokes at least two pods a week.

“During finals it will be a pod every couple days,” she said.

A 2017 study in Sage Journals found that 16 percent of first-year college students in their sample of 2,110, from 24 U.S. colleges, who previously never used electronic nicotine products, were users by the end of that year.

Student Daniela Villa has noticed this addiction growing among her peers at NYU,

“Instead of it being an alternative to cigarettes, [Juuling has] become, in my opinion, a more drastic addiction than what people have with cigarettes,” Villa said and continued, “People Juul all the time because it’s super easy to carry around.” 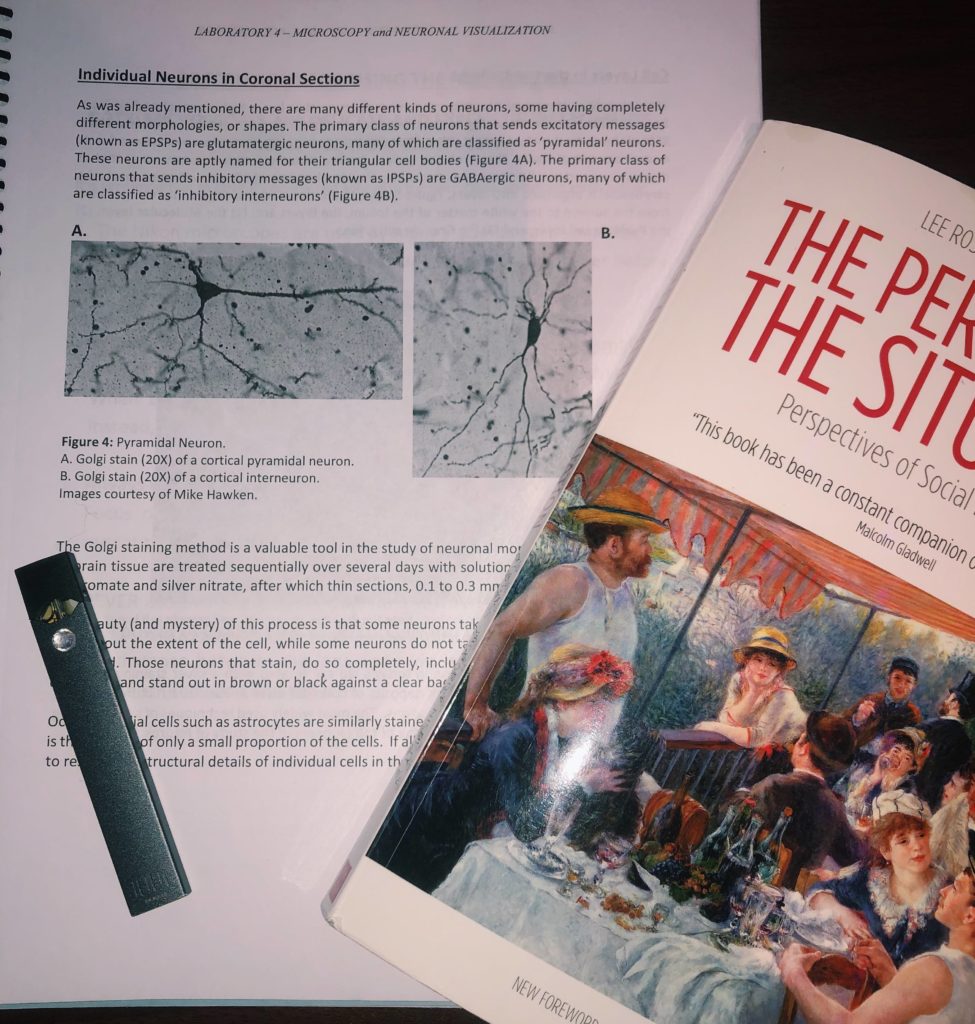 Growing concern surrounds the use of the Juul on NYU’s campus as being directly related to the high stress environment of the university. The average Juul pod contains the same amount of nicotine as twenty cigarettes. Meaning that when exam time comes, Nair is ingesting as much nicotine as if she smoked a pack of cigarettes every couple days.

Villa says that the Juul has become a part of the New York student culture.

“With all their advertising, with flavors, and colors, and young people, they’ve targeted college and even high school students,” she said.

The small rectangle can be found being passed from student to student in meetings as likely as inside any NYC club. The vapor doesn’t hang in the air or stick to clothes like cigarettes, creating an infinitely stealthier fix for college students as they charge into their weekends.

Nair expresses a desire to stop using her Juul. She said, “Working in a professional setting will definitely make me quit.” However, she also has doubts, “But, if I end up going to grad school, it is unlikely that I will.”