Longtang is a public alleyway or a series of interconnected lanes found in traditional neighborhoods in Shanghai. Just like any other urban metropolis, Shanghai tells a tale of two cities. Even in some of its most expensive housing districts such as Nanjing East Road and Laoximen, there remain Longtang dwellers living in poor conditions and cramped […] 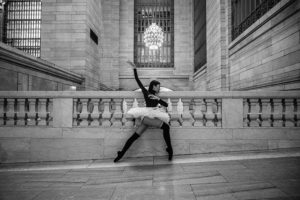 How do you broach the taboo topic of periods to market underwear technology that prevents leaks? Period-proof underwear company Thinx has found an innovative way to do so. Michiyaya Dance, a femme-identifying company based in New York City, has choreographed a piece on four phases of the menstrual cycle to highlight Thinx’s use of self-absorbing […]