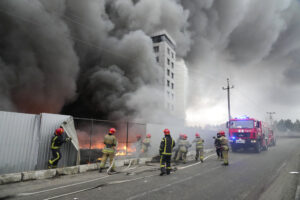 Russian President Vladimir Putin began a full scale invasion of Ukraine on Feb. 24 after months of troop buildup and failed diplomatic efforts by the United States and its European allies to avert a conflict.  Since then, the Ukrainian people under President Volodymyr Zelensky have been courageously fighting to defend their freedom and their independence […]