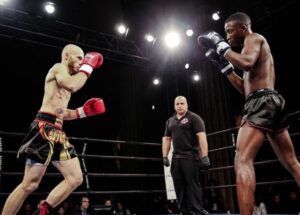 After three rounds, Frantz Pierre did not have his hand raised. He was exhausted. The adrenaline rush which flavored each kick and punch in the first round had worn off. He cried. He even became physically ill. This was Pierre’s first amateur Muay Thai fight at a tournament in Fishkill, New York. Pierre said it […]