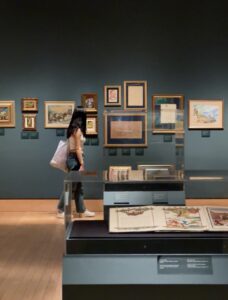 Tucked away between bustling Second Avenue and Cooper Square, on quiet 6th Street lies the Ukrainian Museum of New York, where for only $8, New Yorkers can both discover and immerse themselves in Ukrainian culture.  While visiting, guests can admire the traditional pysanky — Ukrainian Easter eggs covered in colorful dyes and intricate designs — […] 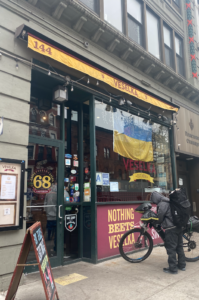 The Saint George Ukrainian Catholic Church stands, as it has since 1911, on East Seventh Street, sandwiched between Second and Third Avenue in New York City’s East Village. The stone steps that, just a few weeks ago, were pristine are now covered with an ever-increasing number of flower bouquets and a few still-lit candles. A […] 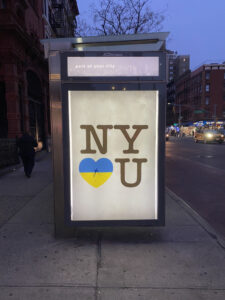 A line of people wraps around the corner of Second Avenue and East Ninth Street outside the 68-year-old Ukrainian diner Veselka. The scent of chicken paprikash and beef stroganoff fills the air as the restaurant’s busy employees work tirelessly to serve their hungry customers. A block down sits the Ukrainian East Village Restaurant, a large […] 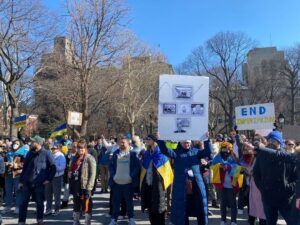 Blue and yellow clothes dotted the hundred-strong crowd at Washington Square Park for the second Sunday in a row. Ukraine’s azure and gold banner waved in the air as its bearers paraded around the park’s iconic fountain at the heart of New York University. Activists hoisted signs with calls for peace and demands for an […] 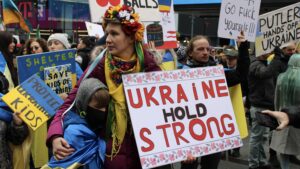 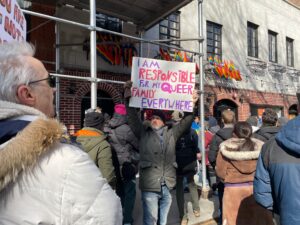 Yevhen Trachuk left Kyiv on Feb. 28. After a week of hiding in metro stations at night to avoid bombs and spending his days drinking and smoking in his Kyiv apartment, Trachuk got on a train and went west, to the Ukrainian city of Ivano-Frankivsk. Trachuk is a 25-year-old LGBTQ rights activist and works with […]